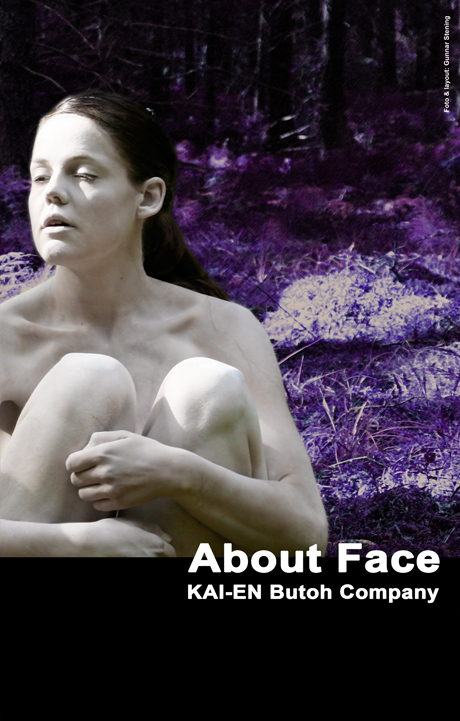 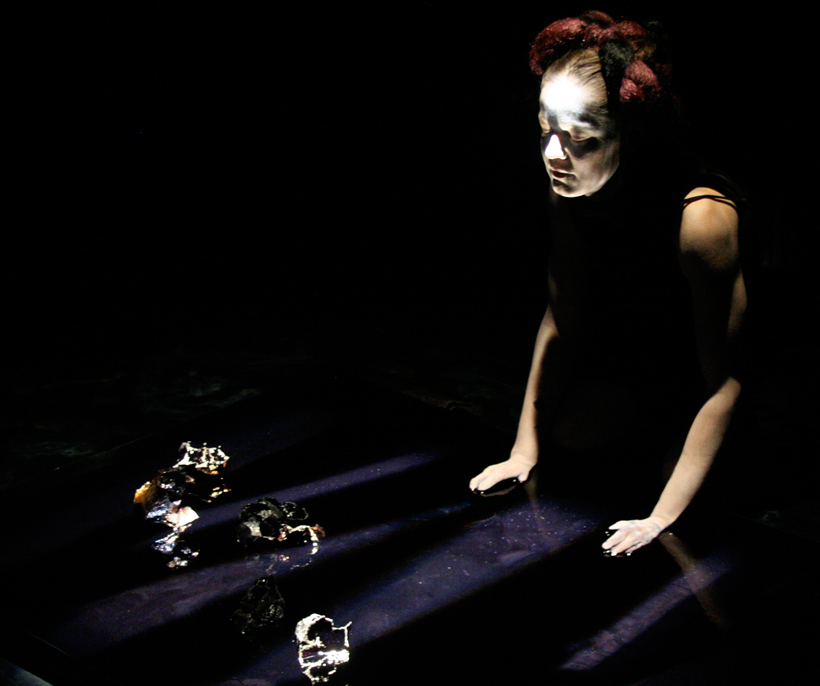 The face is a landscape. It is the vast forests,
the hidden caves, the forgotten fields.
The face is the world. Shy at times, explosive at times.
Biting, to get a taste. The eyes are lakes. The nose is an anthill. The mouth is a volcano.
The body is the face.
Encounterings.

Photo: Erik Ronström and Rebecca Phil (No 1 below) 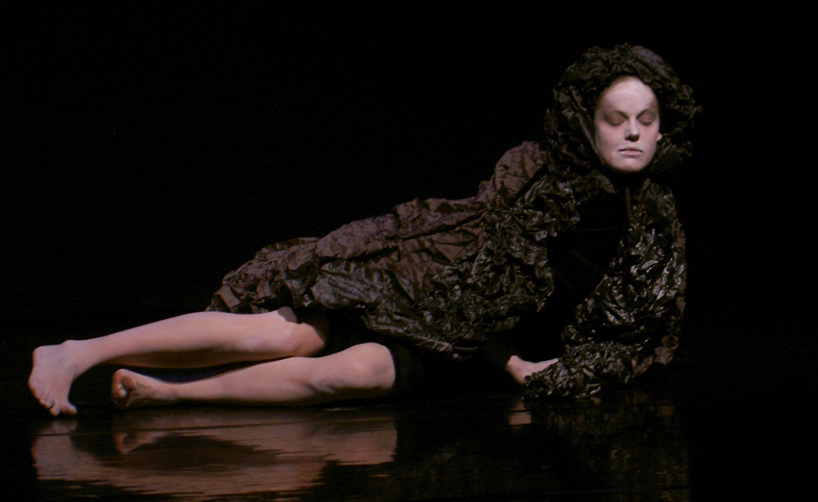 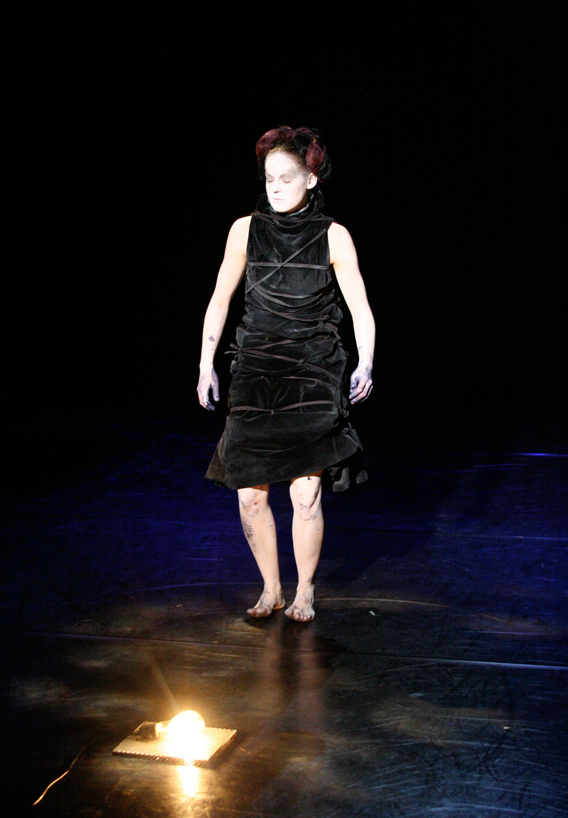 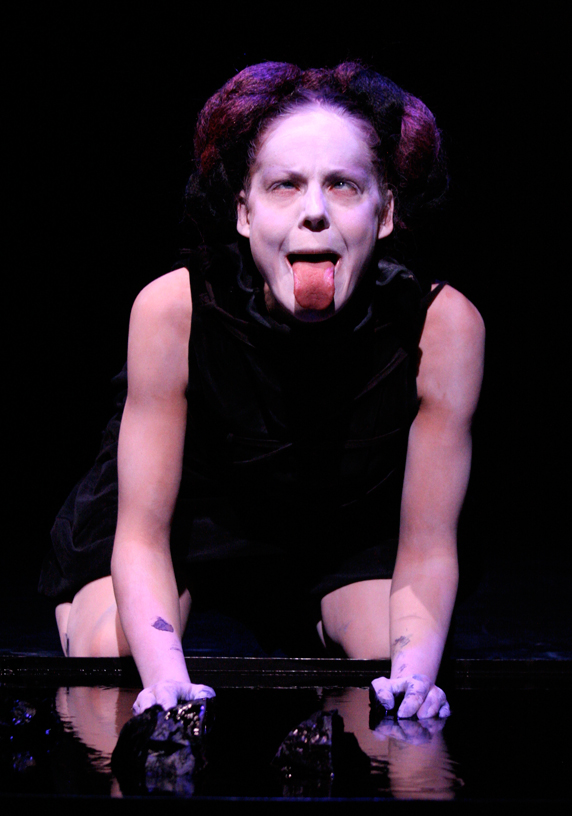 About Face was KAI-EN´s final examination after several years as an apprentice with butoh choreographer SU-EN and SU-EN Butoh Company. Through this project she received the name KAI-EN (SEA SHELL-GARDEN) and established KAI-EN Butoh Company. The naming shows the relationship within Butoh and the student is hereby supported by SU-EN to continue the work on her own.

The examination ceremony was lead by SU-EN and Gilles Kennedy. 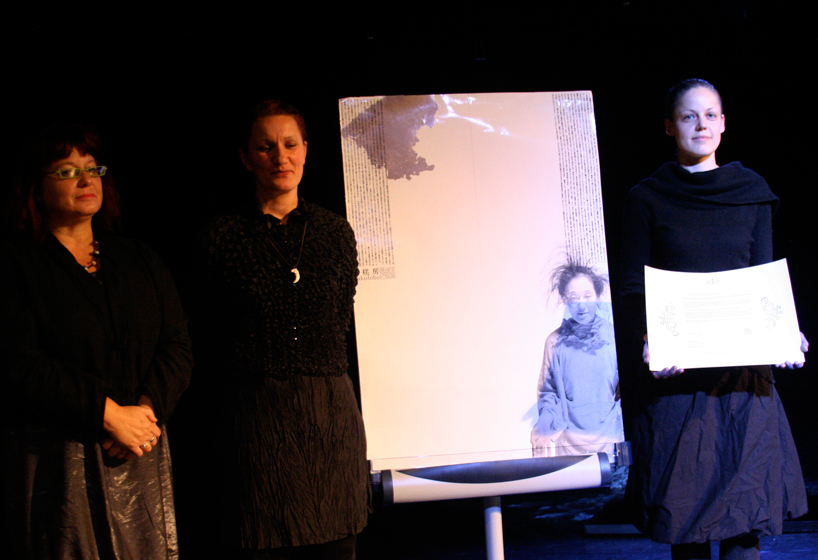 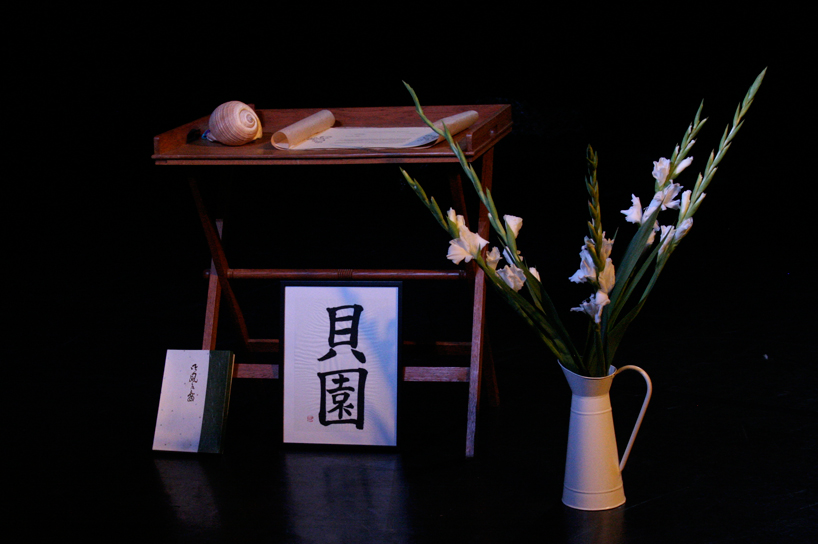 KAI is kanji for sea shell, written with signs for an eye lying on water. The emptiness of the sea shell is hollowed out by water and in the spiral that appears, an infinity is discernible. This infinity becomes a sound, a whisper and the murmur of the sea.

EN is kanji for entity, garden, and derives from SU-EN’s name. In Japan artist names are common both in traditional and contemporary art. Within the name lies a vision for the artist. The name shows and signifies the relation to the art family the artist belongs to, rather than emphasizes the individual.

Landscape is shifting, the world transforming, disintegrating, constantly changing. Always intangible, always transient. Processes of nature changing and destroying each other in a constant struggle. Layers and layers of life.

Out of this world the Butoh body is born. Constantly disintegrating and constantly reborn. The butoh body is rotting from inside, is eaten by insects and erased by infinity. The body’s existence surrenders to the conditions of the materials. The world makes its imprint in the body. The density appears when the processes in the space meet the body. Out from the erased, rotten and eaten emerges a new conture. A new reality. Absurd and poetic. The Butoh body appears condensed, transparent and shining. With my dance I want to be a part of this absurd and poetic world.